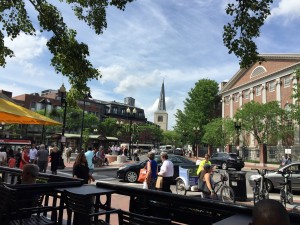 Although one of the requirements to apply for an H-1B visa, which permits foreigners to work in the United States in specialty occupations for up to six years, is to have a college degree, some international Penn students have exploited a loophole and can apply before even graduating.

H-1B allow international students to stay in the U.S. after the 12-month work allowance of their Optional Practical Training (OPT) permit expires. As The Daily Pennsylvanian reported on March 21, failure to obtain an H-1B has forced international Penn graduates to leave the country against their will.

Obtaining an H-1B visa has become increasingly hard in the past several years. The U.S. government, which grants the visas based on a random lottery system, caps the amount of yearly visas they allocate at 65,000, with an extra 20,000 visas reserved for applicants with masters degrees.

Only a little over one-third of petitioners received one of the sought-after visas in 2015, as the United States government received an overwhelming 233,000 H-1B petitions in just a week. The period for employers to file H-1B visa applications on behalf of their employees extends from April 1 to April 7 every year.

The Department of Homeland Security states that one of the minimum requirements for an H-1B visa is a bachelor’s degree related to the industry in which the applicant expects to work, but some students have found a loophole in this requirement.

The slim chances of obtaining an H-1B visa and the fear of being forced out of the country if they fail to obtain a working visa after graduation have prompted some international Penn students to approach the system in an unorthodox way, by applying before officially obtaining their bachelor’s degree.

For example, an international student graduating Penn in May 2016 with an offer to work in the United States after graduation would typically apply for an H-1B visa during filing season in April 2017. Certain students, however, have succeeded at applying before their graduation date by proving to the government that they are on track to receiving a degree even though they have not officially graduated. This doubles an applicant’s chances of obtaining an H-1B visa as they may apply twice, once in the April before and again in April of the following year after their graduation.

One international 2015 Wharton graduate — who preferred to not be named to avoid potential trouble with her employer — applied for an H-1B visa as a senior at Penn through her job at an international financial firm in New York City. Luckily, she was one of the one-third of applicants worldwide who obtained an H-1B in 2015. She can now work in the United States until 2021.

Her employer, who hired an immigration law firm to handle the H-1B visa paperwork, asked her to request a letter from Wharton’s undergraduate office certifying that she was on track to complete her bachelor’s degree. She did so and received the letter with ease.

“The [firm’s] lawyers told me, ‘We’re going to apply [for an H-1B visa] on your behalf. Get us a letter from the undergraduate advising office that states the courses you are still taking and has your current transcript,’” she said. “My story is pretty simple. I applied and I got it.”

Another international College senior is currently in the process of applying for an H-1B before graduation through his employer, also a global financial firm. The immigration law firm hired by his employer also asked the senior to request a letter from the College’s undergraduate advising office confirming that he was on track to graduate in May 2016, despite still missing credits towards his major.

The legal firm asked him to seek out proof from previous summer internship employers to confirm that he had worked for them. His employer used these documents in his H-1B application to prove that the senior’s past internship experience combined with the credits he had already completed at Penn were the equivalent of a four year bachelor’s degree.

The immigration law firm also worked with a professional education consultant to confirm the senior’s qualifications.

“A professional also evaluated all my academic and work experience and certified that I had obtained what would have been the equivalent of a bachelor’s degree,” he said. “They did that and applied on April 1.”

The College senior’s employer filed the application on his behalf and he is expected to hear back from the government this summer.

“They mentioned that this was a very aggressive approach and that they’ve seen some success with it in the past, but that there is no certainty that the government is going to accept [the application],” the senior said.

However, not all employers take this route or even recognize the legality of obtaining an H-1B visa in this fashion.

When one current international Wharton senior heard that his friend succeeded at obtaining a visa while at Penn, he reached out in March to his future employer — a global management consulting firm — to inquire about the possibility of doing the same.

His employer’s legal counsel told him, in what he described as a “patronizing” manner, that what he was asking for was impossible.

“They basically said, ‘That’s cute and all, but the law is black and white. You need a degree in your hand in order to apply. They were completely uninterested in seeing any letter [from Penn],’” he said.

The Wharton senior was not even able to obtain the letter from his school’s undergraduate advising office that the 2015 Wharton graduate interviewed earlier received without complications.

The Wharton senior will go on to work for his employer in New York City after graduation and will most likely apply for an H-1B visa in April 2017.

While the legal ambiguity of applying for an H-1B without having officially received a bachelor’s degree is contested between different employers, Penn has been careful to stay out of its students’ process to apply for an H-1B visa.

Penn’s International Students and Scholar Services, which typically helps internationals with their student visas, said that the H-1B visa process is an issue between students and their employers.

“We’re not in a position to suggest a particular approach,” ISSS advisor Kathryn Fogle said.

Fogle pointed out, however, that ISSS has anecdotally heard of students applying for an H-1B visa before graduating, but that the office does not get involved.

Penn’s Career Services, in an emailed statement, also noted that it does not get involved in H-1B visa matters and referred comments to ISSS.

When it comes to applying for an H-1B visa before graduation, employers have differing opinions, Penn is uninvolved and some international Penn students are left to scramble with a legal ambiguity that has worked for some, but not for others.

The Wharton senior whose employer refused to apply for a visa on his behalf summed up the confusing process: “It is very frustrating.”