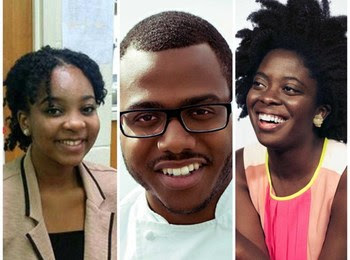 This year’s Forbes’ 30 under 30 list is brimming with ‘black excellence’. From entrepreneurs, to scientists, to media personalities and athletes, it is refreshing to see how much impact the black community is having on the world. What is most exciting is the three star Africans who have been featured on the list. Among this year’s finalists are Augusta Umamanzu-Nna (18), Kwame Onwuachi (26) and Yaa Gyasi (27).

Augusta Umamanzu-Nna, at eighteen years, has been credited with the discovery of a nanoclay ingredient called attapulgite, a breakthrough element in the oil and gas sector which helps keep off shore wells from leaking. Augusta followed in the footsteps of Harold Ekeh by becoming the second Nigerian student to get accepted into all 8 Ivy League schools from Elmont High School. She chose to start her Bachelors at Harvard. No doubt we will be keeping our eyes on this brilliant young lady. SUITE