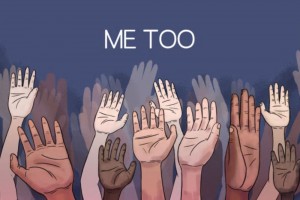 She’s on school reading lists and counts Hillary, Oprah and Beyoncé as fans. The author talks about motherhood, #MeToo – and causing controversy

At a PEN lecture in Manhattan last weekend, the novelist Chimamanda Ngozi Adichie took Hillary Clinton to task for beginning her Twitter bio with “Wife, mom, grandma”. Her husband’s account, it will surprise no one to know, does not begin with the word “husband”. “When you put it like that, I’m going to change it,” promised the 2016 presidential candidate.

Adichie is an international bestseller and about as starry as a writer can be (when we meet she chats casually about recently meeting Oprah Winfrey, who made a little bow to her). Her first novel, Purple Hibiscus, published when she was only 26, was longlisted for the 2004 Man Booker; she won the 2006 Orange prize for Half of a Yellow Sun; was awarded a MacArthur fellowship – the so-called genius grant – and her work is now a fixture on American school reading lists. Following her sensational 2013 TED talk, We Should All Be Feminists, (sampled by Beyoncé, used by Dior for a series of slogan T-shirts and distributed in book format to every 16-year-old in Sweden) the 40-year-old has become something of a public feminist: hence scolding the former US secretary of state. MORE