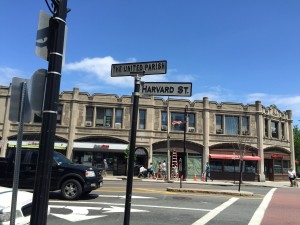 Forbes has compiled its first ever list of the nation’s top 50 most successful, self-made women as measured by their net worths. The exclusive freshman class includes entrepreneurs, CEOs, entertainers, designers and even an author. Some of the list members are extremely well-known, starting with the likes of Oprah Winfrey and Facebook’s Sheryl Sandberg.  Others like Kathy Fields and Katie Rodan, dermatologists who created acne treatment Proactiv and now have another skin care company, aren’t quite household names yet but may be on their way.

Elizabeth Holmes, who dropped out of Stanford to launch blood testing firm Theranos in 2003, tops the list with a net worth of $4.5 billion. At age 31, she is also the world’s youngest female billionaire. Other notables who made the cut include Eren Ozmen, who is chairman of Sierra Nevada, the biggest female-owned federal contractor in the U.S.; creator of American Girl dolls Pleasant Rowland; prolific novelist Nora Roberts and Martine Rothblatt, a transgender woman who founded and runs biotech firm United Therapeutics. SUITE